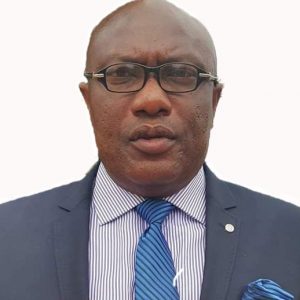 Mr David Coker assumed the position of the Managing Director of SKB Logistics as the pioneering partner in April, 2008.

Mr David Coker graduated from the Lagos State University, (LASU) Ojo, in 1991 with BA (Hons) in Eng. Lang. and MBA (MKT) from Delta State University (DELSU) in 2002. He also attended various seminars and workshops locally and internationally in commercial & financial management. He is a member of the Chartered Institute of Shipping (ACIS).

Prior to joining SKB Logistics, Mr David Coker has worked in various capacities with the Lagos State Water Corporation from 1993 to 2001. He has also work as the General Manager of Knightsbridge Ltd from November 2001; a position he occupied till March 2008.

David Coker is married with children.